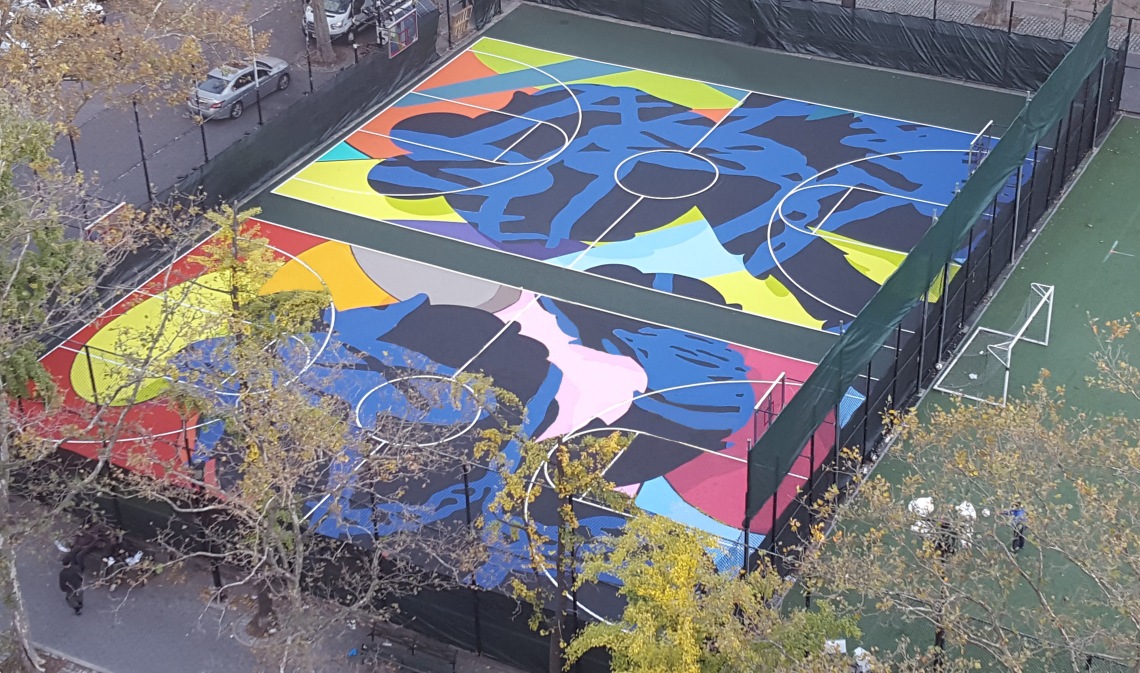 APT’s Laykold was chosen as the surface for Nike’s latest campaign New York Made.  Working in partnership with the New York City Parks and Rec Department, Nike kicked off this campaign with two new courts on Stanton Street, inside Sara D. Roosevelt Park.

But these aren’t just any courts…. These courts were designed by Brian Donnelly, professionally known as KAWS, a New York-based artist of limited edition toys and clothing. Some of his achievements over the years include the design of MTV’s Moon Man statue for the MTV Video Music Awards, various magazine covers, as well as cover art and merchandise designs for high profile recording artists such as Kanye West and Pharrell Williams.

Read the rest of the story here:Nike Kaws Court

View all posts by acesurfaces